In the 16th century in Spain, St. Teresa of Avila (1515-1582) renewed the Carmelite Order. With St. John of the Cross (1542-1591), she strengthened the Order’s commitment to follow Christ through an intense life of prayer for the good of all the Church. They and their spiritual descendants were known as the Discalced—or reformed—Carmelites. 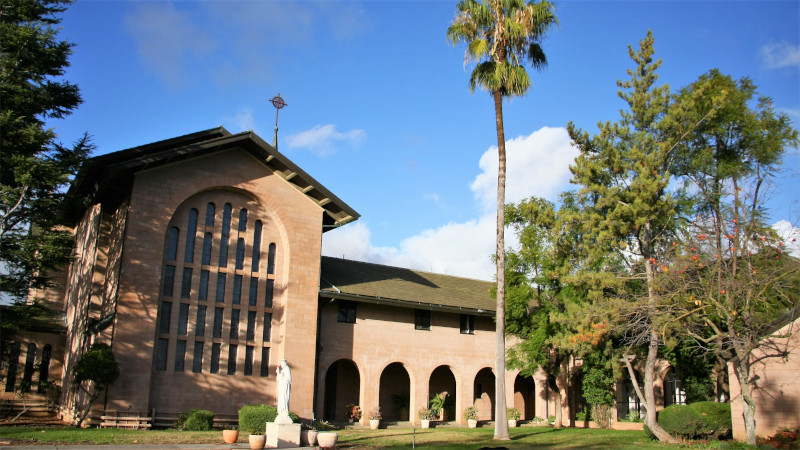 In 1924, two Carmelite friars from Ireland established our first permanent foundation in California at St. Thérèse Parish in Alhambra. Following this initial foundation, several others followed:

Prior to the 1924 California Foundation, Discalced Carmelite Friars working in Mexico—originally from Catalonia, Spain—fled to Arizona to escape persecution. Their first foundation in Arizona was at Winkelman in 1912. The friars founded Holy Family Parish in 1913 in Tucson, Arizona. Then, another parish was founded in Tucson which still remains under the pastoral care of the friars today:

Following the encouragement of Pope St. John Paul II to spread the Gospel through missionary efforts, our Province established a Mission in East Africa:

In 2008, this foundation obtained the status of a House of Studies and still continues to form Discalced Carmelite Friars today.

Due in part to the tremendous popularity of such Carmelite Saints as St. Teresa of Avila, St. John of the Cross, St. Thérése of Lisieux and St. Edith Stein, our Province continues to receive vocations today.